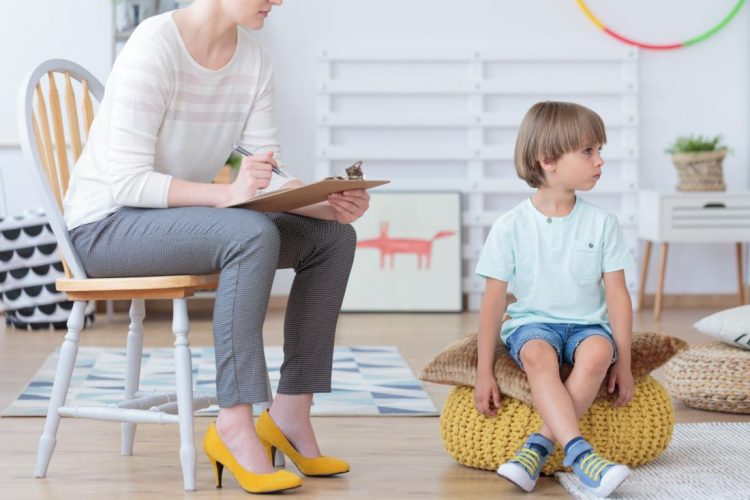 Is your child hyperactive and restless? Has your child difficulties with waiting for his turn when playing in a group? Does your child hardly concentrate on a task to complete it? Does he easily get distracted when doing something? If the majority of the answers were affirmative, I invite you to spend some time reading this article to find out how homeopathy can help a ADHD child.

We hear more and more about ADD and ADHD disorders in children that is characterised by lack of focus on a task or an action, the last one associated with hyperactivity. Recent data show that the number of ADHD children is increasing, thus 1 of 30 school-age children is diagnosed with this disorder. Boys are less lucky, this disorder being diagnosed in boys compared to girls four times more often.

The therapeutic possibilities of conventional medicine in treating ADHD patients imply taking non-stimulants drugs, such as Atomoxetine or psycho-stimulant medications, that are the most commonly prescribed,  such as Ritalin and Vyvanse.  Unfortunately, according to recent studies, these medications are ineffective in 25 up to 40% of cases. The common side effects of medications include anxiety, headache, loss of appetite, nausea, vomiting, weight loss, trouble sleeping or staying asleep. But the most undesirable is the so-called “zombie effect”. The child becomes withdrawn and has a fixed stare. Fortunately for parents, the child becomes calmer, no longer getting on adults’ nerves, and it seems that the child has finally “found his place”, but his cognitive and interaction abilities are not developed. If this image has raised many questions in you, it is the time to seek out an alternative, and Homeopathy can offer you a helping hand.

Recent studies have come up with data about the benefits of homeopathic remedies in treating ADHD children. A double-blind study conducted among 43 children diagnosed with ADHD has proved the efficacy of homeopathic remedies when compared to the placebo trial. Another study published by Frei and Thumeysen in the British Homeopathic Journal tells us about the use of homeopathic remedies and of methylphenidate, known under the trade name – Ritalin. 115 children aged 3-17, diagnosed with ADHD, and having a Conners Global Index (CGI – an evaluation test of attention deficit hyperactivity in children) above 14, participated in the study. All children have received individually selected homeopathic remedies. After three and a half months of treatment the state of 86 children (75%) has improved by 73% while the CGI index has become 55%. Those children that were responsive to the homeopathic remedy continued receiving that treatment while the rest were switched to methylphenidate. In this latter group, the state of 65% children had improved, 3 children had no response to the treatment, while one child left the study. This study proves that homeopathy is an alternative to the conventional medicine and it should be the first approach in treating children diagnosed with ADHD. The fact that homeopathic remedies are non-toxic, free of side effects and non-addictive makes homeopathy superior to the allopathic medication which conventional medicine provides.

Homeopathic remedies most frequently used to treat ADHD children include Stramonium, Cina, Hyosciamus, Belladona, Tarentula, Tuberculinum, Zincum, Veratrum album, but the list does not end here. Homeopathic remedies are individually prescribed, based on the totality of symptoms and unique characteristics. The homeopathic remedy will gently and deeply boost the body’s healing powers restoring its balance. Health is nothing else than a state of balance – free from pain and free in creativity. Homeopathic remedies restore this balance in the children’s behaviour too; inner agitation and restlessness fade finally away. Since all children are talented, when they are balanced they can skillfully unleash their full potential. Let us offer this chance to the ADHD children.

CA // Chisinau, Moldova
“Taking into account that our child was frequently catching cold and that each time he had to take antibiotics, being two years of age, I told myself if we are going to continue like that, we will not go far. Then I decided to try homeopathy. I was amused and
…
pleasantly surprised to find out that this treatment really worked! We were lucky to have met Tatiana Savciuc, an exceptional homeopath, an outstanding specialist, to whom we owe thousands of thanks and who consulted and keeps consulting us whenever we call her, regardless of the time and day. We have been undergoing the prescribed homeopathic treatments for about three years now, and we are very happy with the results. I can say for sure that I have gained trust in homeopathy! I am very pleased that I made the right choice!”

EC // Washington, USA
“Homeopathy gave me confidence and hope that I can treat without causing harm. When I lost hope of finding an effective and harmless remedy for my child who did not get out of bronchitis, pneumonia and pancreatitis because of antibiotic use, only the homeopathic treatment helped us. It is pity
…
that this outstanding opportunity to treat diseases with homeopathic remedies does not become the first treatment method of all doctors, that the amazing results of homeopathic remedies are hidden from the public and that the allopathic doctors promote the interests of pharmaceutical companies and are not interested in finding the truth about the efficiency of homeopathy.”

DN // Germany
The wealth of knowledge and experience Dr. Tatiana Savciuc brings to her clients is extraordinary. She is a Classical Homeopath and Doctor of Acupuncture, and holds a European Medical Doctor degree. With a holistic approach to my health concerns, Dr. Tatiana provides me with the best homeopathic treatment plan complemented
…
with acupuncture sessions. While my physician gave me no hope in treating my problem, Dr. Tatiana showed care and excitement in methodically and diligently investigating the causes and symptoms and prescribed the precise homeopathic remedies and treatment schedule that I needed for healing. I am very happy to have met Dr. Tatiana Savciuc, and I don’t have enough words to express my gratitude for her kindness and dedication.

Ratemds.com, Calgary
Tatiana is a rare gem! Not only does she bring a wealth of medical knowledge to her profession, but she is nothing short of genius when it comes to her ability to assess and prescribe the right homeopathic remedies for any and all health challenges. She’s always helpful. She’s always
…
extremely polite and respectful. She’s very caring and is a wonderful resource to people who want to access her skills for their whole families. I can’t say enough positive things about my many interactions with Tatiana! The only problem now is, telling everyone how good she is, I’m going to have trouble getting into see her!