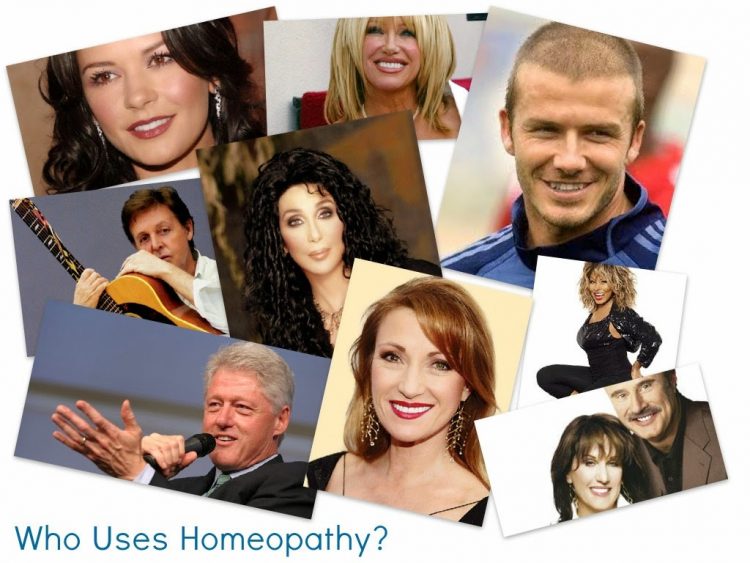 Humanity is increasingly aware of the danger of side effects of allopathic medicines and more people are turning to natural and safe medicine. Many people in the last two hundred years have discovered the wonderful therapeutic system and chose homeopathy.

You may encounter many famous person of the past and present from the political, scientific, cultural and artistic who were treated with homeopathic remedies.

11 US presidents, seven popes of Rome, royals English, Charles Darwin, Mother Teresa, Mark Twain, David Beckham, Catherine Zeta-Jones, Cindy Crawford, Paul McCartney, all of them and thousands of other celebrities use or have used homeopathy to solve their health problems.

Millions of people worldwide continue to use successfully homeopathy as an alternative treatment and many others reveals when medicine fails drug before health problems.

Here is a partial list of renowned personalities who use homeopathy as a treatment method *:

There are good reasons that so many famous and successful people have used and advocated for homeopathy over the past 200 years. Why all these people would have known and professed use of homeopathy if it would not have been beneficial to their health?

* Personalities in this list were taken from Dana Ullman’s book “Homeopathic Revolution: Why Famous personalities and cultural heroes choose homeopathy ‘.

DN // Germany
Tatiana is a rare gem! Not only does she bring a wealth of medical knowledge to her profession, but she is nothing short of genius when it comes to her ability to assess and prescribe the right homeopathic remedies for any and all health challenges. She’s always helpful. She’s always
…
extremely polite and respectful. She’s very caring and is a wonderful resource to people who want to access her skills for their whole families. I can’t say enough positive things about my many interactions with Tatiana! The only problem now is, telling everyone how good she is, I’m going to have trouble getting into see her!