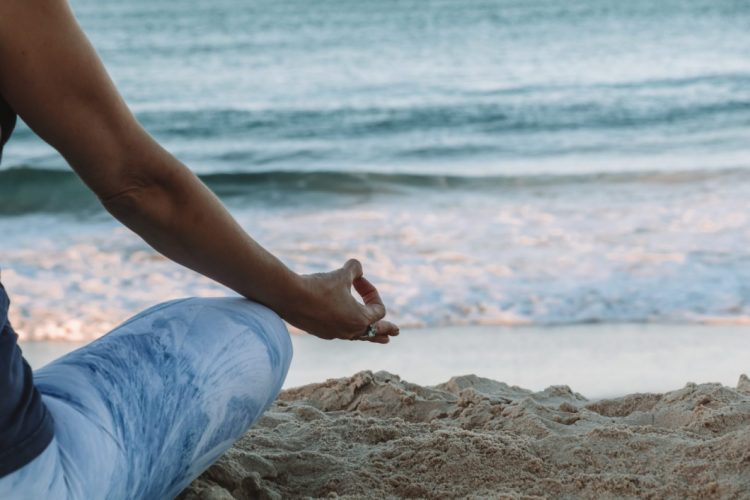 Fibromyalgia syndrome (FMS) is a chronic condition characterized by widespread pain in the muscles, ligaments, and tendons; accompanied by fatigue, sleep, memory and mood issues. While no one knows what causes fibromyalgia, there is evidence that people with the condition may be more sensitive to pain because something is wrong with the body’s usual pain perception processes. Researchers believe that fibromyalgia amplifies painful sensations by affecting the way brain and spinal cord process painful and nonpainful signals.

Every patient with fibromyalgia syndrome has their own story, their own constellation of symptoms, their own trigger factors, their own way of coping with the illness. Homeo­pathic approach comes into its own, allowing for the individualisation of a remedy or medicine to match the fea­tures displayed by the patient. As with most homeopathic treat­ment, the medicine may be chosen based on the symptoms of the illness – suited for acute situations, or on the characteristics of the patient, known as constitutional prescribing, or both. Acute remedy will help to deal with the muscle pain, treating brunches, more known as a symptomatic treatment. Constitutional remedy will address the root cause and will bring long-term relief.

Homeopathy has demonstrated great efficacy in mitigating the symptoms of widespread pain, sleep disturbance, and fatigue, which are the most reported symptoms of fibromyalgia. Homeopathy offers several remedies to fibromyalgia syndrome, classified based on the discrete symptoms of the disease. Homeopathic remedies have no side effects and are made of natural substances that are safe for use.

The most common 5 homeopathic remedies used for fibromyalgia syndrome

Other important homeopathic remedies used for fibromyalgia syndrome are Magnesia phosphorica, Kalmia, Arsenicum album, Causticum, Cimicifuga, Gelsemium, Coffea cruda, Ignatia amara, Acidum phosphoricum, and the list might be continued. Before prescribing a remedy, homeopaths consider a person’s constitutional type, includes their physical and emotional particularities. An experienced homeopath assesses all these factors when determining the most appropriate remedy for a tailored treatment.

Some supplements you might consider to address fibromyalgia syndrome

Fibromyalgia syndrome can be difficult to treat, and a combination of treatments may be necessary to control your symptoms. For fibromyalgia I recommend acupuncture and homeopathy, as a multidisciplinary approach brings a better result, diet and lifestyle changes play a huge role. If you’re having trouble finding relief for your fibromyalgia pain, it may be worth trying homeopathy and acupuncture.

Discover the hidden healing power of small granules and gentle acupuncture treatment, I’m only one click away!

“Tatiana has helped me substantially that I cannot even begin to appreciate. Tatiana is punctual, warm and kind, friendly and does not judge – she is strictly a professional that wants to help. Tatiana has helped me over the past year with my many – seemingly random – concerns, that
…
turns out weren’t random at all. Homeopathy is wonderful, but it can be a little daunting when it comes to remedies and potencies, and that’s where Tatiana shines! She starts the session by shaking your hand and you can tell the wheels are already turning in her mind. After she has come up with a remedy she is always ready to help and responds to emails within a very reasonable 24-hour period. She has often given me further advice without any hesitation. I have and will continue to use her as my homeopath and will continue to recommend her to anyone who is tired of doctors who just prescribe and wants a true professional who genuinely cares and wants to help. She has helped me immensely and if you are looking for a homeopath you have found her! Thank you for your help Tatiana, I would not be the person I am today if it were not for your knowledge and skill set!”

Ratemds.com, Calgary
“Homeopathy gave me confidence and hope that I can treat without causing harm. When I lost hope of finding an effective and harmless remedy for my child who did not get out of bronchitis, pneumonia and pancreatitis because of antibiotic use, only the homeopathic treatment helped us. It is pity
…
that this outstanding opportunity to treat diseases with homeopathic remedies does not become the first treatment method of all doctors, that the amazing results of homeopathic remedies are hidden from the public and that the allopathic doctors promote the interests of pharmaceutical companies and are not interested in finding the truth about the efficiency of homeopathy.”

Ratemds.com, Calgary
“Taking into account that our child was frequently catching cold and that each time he had to take antibiotics, being two years of age, I told myself if we are going to continue like that, we will not go far. Then I decided to try homeopathy. I was amused and
…
pleasantly surprised to find out that this treatment really worked! We were lucky to have met Tatiana Savciuc, an exceptional homeopath, an outstanding specialist, to whom we owe thousands of thanks and who consulted and keeps consulting us whenever we call her, regardless of the time and day. We have been undergoing the prescribed homeopathic treatments for about three years now, and we are very happy with the results. I can say for sure that I have gained trust in homeopathy! I am very pleased that I made the right choice!”

EC // Washington, USA
The wealth of knowledge and experience Dr. Tatiana Savciuc brings to her clients is extraordinary. She is a Classical Homeopath and Doctor of Acupuncture, and holds a European Medical Doctor degree. With a holistic approach to my health concerns, Dr. Tatiana provides me with the best homeopathic treatment plan complemented
…
with acupuncture sessions. While my physician gave me no hope in treating my problem, Dr. Tatiana showed care and excitement in methodically and diligently investigating the causes and symptoms and prescribed the precise homeopathic remedies and treatment schedule that I needed for healing. I am very happy to have met Dr. Tatiana Savciuc, and I don’t have enough words to express my gratitude for her kindness and dedication.

DS // România
Tatiana is a rare gem! Not only does she bring a wealth of medical knowledge to her profession, but she is nothing short of genius when it comes to her ability to assess and prescribe the right homeopathic remedies for any and all health challenges. She’s always helpful. She’s always
…
extremely polite and respectful. She’s very caring and is a wonderful resource to people who want to access her skills for their whole families. I can’t say enough positive things about my many interactions with Tatiana! The only problem now is, telling everyone how good she is, I’m going to have trouble getting into see her!