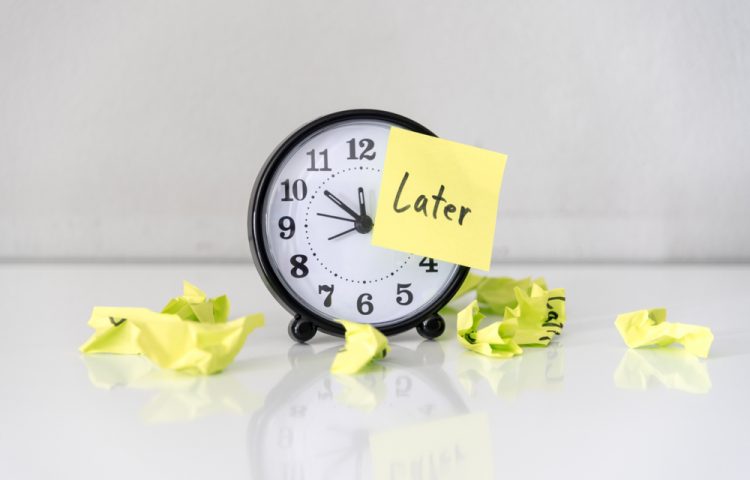 Flu season is an annually recurring period characterized by the prevalence of an outbreak of influenza/flu. Make sure you are in a good form as “if you don’t take time for your wellness, you will be forced to take time for your illness”. Usually, a strong body recovers quickly after a viral infection, but sometimes it struggles for a while to get back in its 100’s. An overall feeling of tiredness or exhaustion can linger for weeks or months after you’ve been sick with a viral infection, such as the flu. This is known as post-viral fatigue. Let’s look into the most helpful homeopathic remedies for that, and make sure they are not missed from your homeopathic kit, especially during flu season.

What is post-viral fatigue?

Fatigue is defined as extreme tiredness, resulting from mental or physical exertion or illness. Typically, the fatigue goes away quickly as soon as the body dealt with the infection. Post-viral fatigue is when the feeling of tiredness and exhaustion is felt long after the viral infection has gone. Fatigue is often referred to as “an invisible symptom”, as it can be difficult to be described. Usually, people who experience severe fatigue will often describe a feeling of complete physical and mental exhaustion which is different from the everyday tiredness that everyone will experience at times. Most of the time, if the person experiences post-vital fatigue, the rest and sleep don’t feel refreshing.

Rest – balance activity with regular rests. Keep both, physical and cognitive (thinking) activities moderate to low, as they both use energy. But, that does not mean in any way to become “a couch potato”.

Positivity – have a positive mindset. Listen to your favorite relaxing music, do some breathing techniques, stretching or yoga, and some meditation sessions. If something doesn’t work for you, try something else until you find something that does.

Time – give your body enough time for a full recovery. You should take it slowly and “give time to time”, essentially it means that some things cannot be hurried, and sufficient time must be given to ensure its implementation. Same to the healing process, everyone is different.

And, definitely not the least one, take your homeopathic remedy that suits better what you experience!

The most commonly used homeopathic remedies for post-viral fatigue

Gelsemium – the key symptoms linked to this remedy are: a general state of mental paralysis and an overpowering weakness of muscles with an inability to perform. There can be drowsiness, dizziness, dullness, and trembling along with muscle aches with heaviness and weakness. The person may be mentally dull, experiencing anxiety or apathy, and overpowering sleepiness.

Kali phosphoricum – useful remedy for physical and mental exhaustion following an acute illness such as influenza or overwork. The oversensitive, nervous, delicate person with an aversion to answering questions. There can be depression, insomnia, nightmares, general lethargy, and frustration. Also extreme tenderness and weakness in the muscles, which can worsen with exercise. Twitching of- muscles, and jerking of limbs. Symptoms are often one-sided and many symptoms come during and after sleep. The symptoms can improve with short sleep and gentle motions.

Phosphoric acidum – the person may have extreme physical fatigue and mental sluggishness, leading to listlessness and apathy post-viral. This could have been triggered by mental or emotional strain such as overwork, grief/shock, or exam stress. Lack of concentration, poor memory, and insomnia may also occur. The person may physically look worn-out, pale, and thin. They may have blue rings around the eyes, along with feeling chilly with a poor appetite.

Zincum metallicum – is helpful for post-viral fatigue with restlessness and depression. The person can be either excitable, irritable, and hypersensitive especially to noise, or mentally confused and slow, and lethargic. There may be incessant trembling in the limbs due to weakness and restless feet in constant motion. Numbness, coldness, and strange sensations in arms and legs are also common.

Stannum metallicum – the essence of this remedy is weakness, and its chief action is centered upon the nervous system and respiratory organs. Debility is very marked when Stannum is the remedy, especially the debility of chronic bronchial and pulmonary conditions. This great weakness is manifested in the voice, very much exhausted from talking or reading aloud. Talking makes him feel weak, especially in the chest. The person is sad, anxious,s and discouraged. Great lassitude from walking; trembling worse from slow exercise.

Mercurius solubilis – the remedy is suitable for post-viral fatigue caused by the Epstein-Barr virus. There may be a persistent sore throat with enlarged glands (cervical lymph nodes) and a lot of salivation. The complaints it treats are associated with offensive discharges – bad breath, pus, sweat, catarrh, or smelly urine or stool. Muscles pains will be deep with a sensation of tender bones. The person is sensitive to extremes of temperature – hot or cold – catches colds easily, and is sweaty. The tongue, especially with colds, sinus, or throat infections, is large, flabby, and indented by the teeth. Symptoms are usually worse at night.

Muriaticum acidum – the acid remedies group are often remedies of collapse, and Muriaticum acidum is especially indicated when the collapse comes on the physical level rather than in the emotional or mental sphere. Muriaticum acidum is especially to be considered when there is profound weakness during or as a consequence of prolonged febrile illness. Post-viral fatigue is expressed by great exhaustion and prostration. The person is so weak that he simply slides down the bed, he is unable to raise in the bed. He sleeps 18 or 20 hours a day or wakes long enough only to eat or drink. A dull headache could be associated with fatigue, and the “brain feels bruised”. There is a great sensibility and irritability even the sound of the voice is intolerable. Vertigo is worse lying on the right side of the body.

Hi, I’m Tatiana! I am an experienced and internationally trained classical homeopath with an European Medical Doctor degree, living in Calgary, Canada. I treat clients locally and worldwide, via in-person appointments and online consultations.

DN // Germany
“Tatiana has helped me substantially that I cannot even begin to appreciate. Tatiana is punctual, warm and kind, friendly and does not judge – she is strictly a professional that wants to help. Tatiana has helped me over the past year with my many – seemingly random – concerns, that
…
turns out weren’t random at all. Homeopathy is wonderful, but it can be a little daunting when it comes to remedies and potencies, and that’s where Tatiana shines! She starts the session by shaking your hand and you can tell the wheels are already turning in her mind. After she has come up with a remedy she is always ready to help and responds to emails within a very reasonable 24-hour period. She has often given me further advice without any hesitation. I have and will continue to use her as my homeopath and will continue to recommend her to anyone who is tired of doctors who just prescribe and wants a true professional who genuinely cares and wants to help. She has helped me immensely and if you are looking for a homeopath you have found her! Thank you for your help Tatiana, I would not be the person I am today if it were not for your knowledge and skill set!”

Ratemds.com, Calgary
Tatiana is a rare gem! Not only does she bring a wealth of medical knowledge to her profession, but she is nothing short of genius when it comes to her ability to assess and prescribe the right homeopathic remedies for any and all health challenges. She’s always helpful. She’s always
…
extremely polite and respectful. She’s very caring and is a wonderful resource to people who want to access her skills for their whole families. I can’t say enough positive things about my many interactions with Tatiana! The only problem now is, telling everyone how good she is, I’m going to have trouble getting into see her!